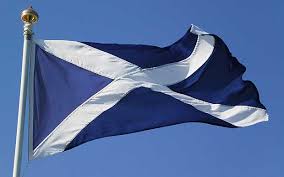 The Scottish Government has passed the Bankruptcy (Scotland) Bill 2016, bringing together a generation of legislation on aspects of bankruptcy and insolvency under a single piece of primary legislation.

It’s the first item of primary consolidation legislation passed by the Scottish Government since the 2003 Salmon and Freshwater Fisheries Consolidation Act – and only the second ever, an indication of the significance placed on insolvency regulations north of the border.

By passing the Bill, the Scottish Government renews the parts of the 1985 Bankruptcy (Scotland) Act that are still relevant, but brings newer rules, like the Bankruptcy and Debt Advice (Scotland) Act 2014, into the primary legislation too.

Scottish business minister Fergus Ewing said: “The consolidation exercise has been warmly received by the money advice and insolvency industry. By consolidating all of the various elements of legislation in one place, the Bill will make bankruptcy policy more accessible, both for the money advice community and those experiencing financial difficulties.”

The Scottish Law Commission worked on the document in close collaboration with Accountant in Bankruptcy, the Scottish equivalent of the Insolvency Service.

It has now passed the Stage 3 motion stage, which means the main parliamentary debate process is complete and the Bill has been approved – it still needs to receive Royal Assent, and subordinate legislation will need to be updated to reflect the new primary rules, but that process should also complete before the end of 2016.

As a Scottish Government measure, the legislation applies only to those north of the border, but is symbolic of the ever-increasing value being placed on clear insolvency legislation throughout the UK.

For individuals and businesses in England, professional administration advice and expert advice on bankruptcy remain crucial to corporate recovery, and to getting finances back on track in general under the current mix of old and new legislation that prevails under English law.