Manchester accountants can help parents to manage their childcare costs, regardless of your total household income.

A report from the Resolution Foundation highlights how public opinion differs from that of the government; while MPs’ proposals would currently offer childcare assistance to families earning up to £300,000, more than a third of people surveyed said such benefits should be available only to households on less than £50,000.

In contrast, however, 19% who responded to the poll said childcare assistance should be open to all, regardless of their income.

The poll was carried out in collaboration with Mumsnet, ahead of joint events on childcare due to be held at the political party conferences, including the Conservative conference in Manchester.

Vidhya Alakeson, deputy chief executive of the Resolution Foundation, said: “As this poll shows, many people feel this support should be targeted at less well-off households – and these are often the people who struggle most with the costs of childcare.”

Until any proposals are passed into law, Manchester accountants can help all households to handle their childcare costs, by ensuring you are aware of how much of your income needs to go towards such payments, and what benefits may be available under the current system to reduce your personal expenditure. 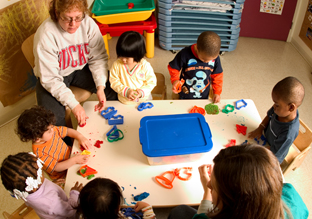